Russian scientists have done lots of exciting work in many different fields, including chemistry, physics, and biology. Below are some of the most famous figures in Russian science from the present day back to the 18th century.  There are many more to find!

Graphene is the thinnest material in the world, and is also one of the strongest and hardest. It conducts electricity really well and also conducts heat better than any other material. Scientists say that it could be used for computer chips, to help monitor pollution, and to improve flat screens on many devices. The two scientists said that their research on graphene started out as one of their experiments trying crazy new things that might or might not work. ​
Andre Geim has also worked on a special kind of adhesive, which it is hoped will eventually allow humans to climb walls and ceilings, just like Spiderman! 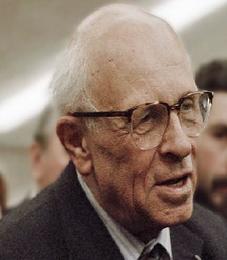 Andrey Sakharov (21 May 1921 – 14 December 1989) was a very successful nuclear physicist who also won the Nobel Peace Prize for his work in promoting human rights.

Sakharov was born in Moscow and attended Moscow State University. After graduating, he spent years working on a project to build nuclear weapons, a topic that many scientists were focused on at the time.

He also worked on nuclear power projects and studied cosmology – the origin of our entire Universe.

Sakharov became very interested in politics because he was afraid that the way the Soviet government was developing its nuclear weapons programme could lead to war. He also saw that the government was not giving its people enough rights, and he began to campaign for human rights in the Soviet Union. He could not travel to Norway to collect his Nobel Peace Prize in 1975 because the government banned him from leaving the country. It also restricted the kind of work he could do and where he could live.

Today, Sakharov is remembered as a brilliant physicist and a brave political campaigner. 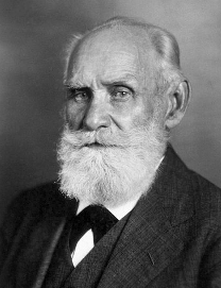 Ivan Pavlov (26 September 1849 – 27 February 1936) was a famous physiologist, a scientist who studies how living things work. His most famous work is an experiment in which he trained a hungry dog to drool at the sound of a bell, which the dog related to food. He was very successful and won the Nobel Prize for Physiology or Medicine in 1904 for his work.

He was the eldest of 11 children and moved to St Petersburg from his home in central Russia so that he could attend university.

For his most famous research, he studied dogs, ringing a bell each time he was about to feed them and measuring how much saliva they produced after hearing this sound. Pavlov discovered that the dogs had learned to associate the bell ringing with being fed. So they started to produce saliva when they heard the bell ring, even before they saw or smelled the food.

This showed that living creatures can develop responses to certain conditions and Pavlov’s findings have been very important for understanding how humans behave.

Dmitri Mendeleev (8 February 1834 – 2 February 1907) was a chemist who created the periodic table of elements that we use today.

Mendeleev was interested in science from a young age and his mother moved him from their home in Siberia to St Petersburg to make sure that he received a good higher education. After graduating, Mendeleev taught chemistry at school and at university, and published a very popular textbook on the subject.

It was while working on this textbook that he saw patterns when he tried to organise chemical elements logically according to their properties, which led him to create his periodic table by putting elements together according to their atomic weight.

This also allowed Mendeleev to rightly predict the existence of eight new elements, which had yet to be discovered, and even predict the properties that these elements would have. Mendeleev published his table in 1869 and received acclaim for his work. Element 101, discovered in 1955, is named Mendelevium in his honour. 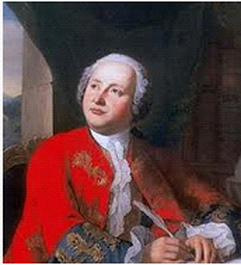 Lomonosov’s father was a wealthy businessman, but the young Mikhail wanted to learn as much as he could about the world around him rather than join the family business. His home town in the far north of Russia didn’t have a university, so when he was 19 years old, Lomonosov walked to Moscow so that he could study there. That’s a journey of more than 700 miles, almost as long as walking from Land’s End to John O’Groats!

As an astronomer, he made an important observation about the planet Venus and created a design for a telescope. In geology and geography, he described how icebergs are formed and invented tools which made working out directions and distances easier for sea travellers. In chemistry, he was the first person to write about the freezing of mercury, a metallic element which is usually a liquid, and he also contributed to some important theories in physics.

Lomonosov also wrote poetry and studied Russian grammar. Today, he is remembered as the founder of one of Russia’s most important universities, which now carries his name – The Lomonosov Moscow State University.

Information for children from the Scotland-Russia Forum (Scottish charity no. SC038728)
Contact info@findoutaboutrussia.co.uk﻿