Sport is as popular in Russia as it is in many other countries, and Russians all over the country enjoy watching and doing lots of different types of sport all year round.

Winter sports are very popular in Russia and the cold weather in lots of parts of the country during the year means that people have plenty of opportunity to practise! People of all ages enjoy winter sports such as ice-skating and ice hockey. ​
Ice hockey
Ice-skating
Ice-skating or figure skating is an artistic sport which many people in Russia enjoy watching and participating in. In competitions, skaters can perform as individuals, in pairs and in groups. Skaters skate around the ice rink doing intricate and complex routines with lots of jumps, balances and twists. Russia has some very famous figure skaters and is well-known for being especially successful in figure-skating at the Winter Olympic Games. At every Winter Olympic Games from 1964 to 2006, Russia won gold medals in the figure skating competitions. One very famous skater is Evgeni Plushenko who has won lots of gold medals in many international competitions and who is very popular all over Russia. Yulia Lipnitskaya is a figure-skater who became the youngest Russian athlete to win a gold medal at the Winter Olympics when she competed in Sochi in February 2014 – she was 15 years old at the time. She is from Yekaterinburg but now lives in Moscow where she trains, and she has been competing in national skating competitions since she was just eleven years old.
The Winter Olympic Games 2014 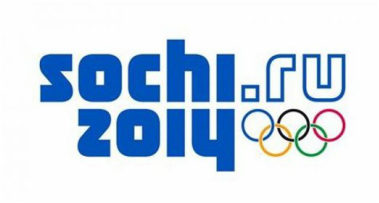 Sports for other weather

As well as winter sports, Russia is famous for being very successful in international competitions in lots of other sports, especially gymnastics and tennis.
Gymnastics
Russian gymnastics is well-respected both at home and in other countries and Russia has a lot of success in international competitions. Young Russian gymnasts take their sport very seriously and devote their whole life to it. Russians are very proud of their gymnasts and they have a lot of support as they grow up training to be the very best. Those who are aiming to join the national team train at camps like one called ‘Ozero Krugloye’, which means ‘Round Lake’, which is about 20 miles away from Moscow. It is a sports complex where the gymnastics teams train alongside the national swimming team. Most gymnasts who are training there will live there away from their parents – when they are not using the state-of-the-art training facilities, they have classrooms and libraries for studying and dormitories for sleeping. ​ 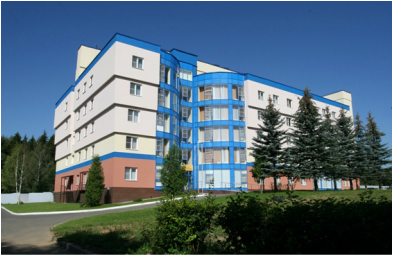 Dormitories for young gymnasts. Source: tunegym.com
Living at the complex means that gymnasts can train for six hours a day (or more), and they can focus and dedicate their whole lives to becoming elite gymnasts without any of the distractions teenagers might experience.
Tennis
Football
Of course, football is also very popular in Russia, like in lots of other countries! In 2018, the FIFA World Cup will be held in Russia. Besides the Russian national football team, some of the other teams in the country include CSKA and Spartak from Moscow, as well as Zenit from St Petersburg. ​ 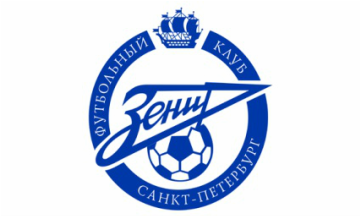 Use the alphabet decoder to find out which sport each of the below is:
баскетбол,  бадминтон,  теннис,  футбол, хоккей

Look at the mascots for the Sochi 2014 Winter Olympic Games. Design a new mascot for the 2018 FIFA World Cup.

Make a poster to advertise a big ice hockey match between Dynamo Moscow and Ak Bars Kazan. You should include the time, place (which city?) and price, and make it very colourful with pictures to show it is about ice hockey. 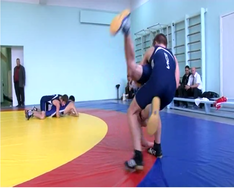 Find out more about sports schools for young sportspeople.  This is a video about young people training to be wrestlers and divers at the Olympic Reserve School, a boarding school in Ekaterinburg.

More information and some suggestions for activities on schoolsonline.britishcouncil.org.
Information for children from the Scotland-Russia Forum (Scottish charity no. SC038728)
Contact info@findoutaboutrussia.co.uk﻿