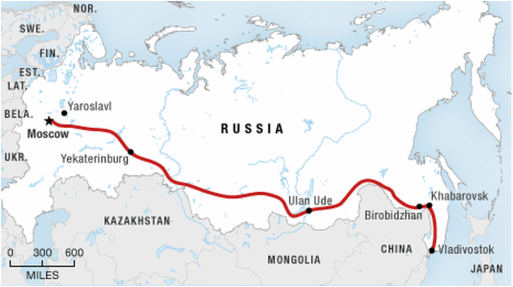 The Trans-Siberian has the reputation of being one of the most interesting, exciting and, unsurprisingly, tiring railway journeys in the whole world. It is not only the journey that makes people want to travel by rail across Russia however, but also the train itself.

Russian trains are very different to the trains you might have been on in the UK or elsewhere, and this is all down to the size of the country. Travelling on the train in Russia needs to be a little more luxurious than normal: not many of us would enjoy spending eight days in just one seat! 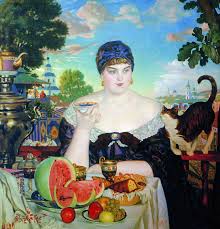 Boris Kustodiev, "Merchant's Wife Having Tea". 1918
Here you can see a painting of a wealthy Russian woman drinking tea, with the samovar, and the teapot balanced on top! Perhaps you can try some ‘chai’ the traditional Russian way? Serve black or green tea in small china cups (or glasses, if you have them) with slices of lemon, fruit jam, and cake. One person should be nominated the ‘server’--this is an important part of Russian culture, which makes sure your guests feel at home. Use the words for ‘please’ (пожалуйста: pah-zhal-oo-stah) and ‘thank you’ (спасибо: spah-see-buh)! If you like, you can also write a short story: who is this woman waiting for? Why did she invite them to tea? 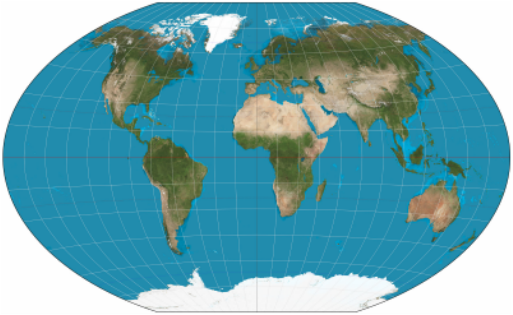 While we might think of Siberia as a cold, snow-covered land, it is famed for its natural beauty, and the diversity of its peoples and wildlife. You’re just as likely to find a Russian Orthodox Church as a Buddhist temple, and tigers as well as arctic foxes!
Below is some Siberian wildlife: the endangered Siberian (or Amur) tiger and the Arctic Fox.
Perhaps the most important feature of the Siberian landscape is the taiga forest, a name which we have already come across. This stretches all the way across Siberia. 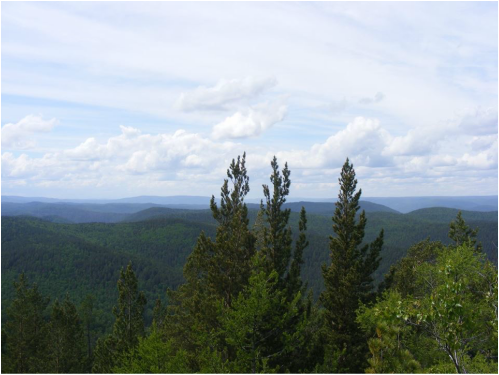 Click on this photograph to start the slide show
Russia has been home to many tribes of people across thousands of years, many of whom made Lake Baikal their home. They spoke languages different from Russian, with the first Russians not reaching the lake until the 17th century. The word ‘Baikal’ originally comes from the languages of the tribes, being an old word for sea or lake. The completion of the Trans-Siberian Railway allowed many more Russians to move here, and Baikal became a hub for industry and leisure, which it still is today.
Information for children from the Scotland-Russia Forum (Scottish charity no. SC038728)
Contact info@findoutaboutrussia.co.uk﻿